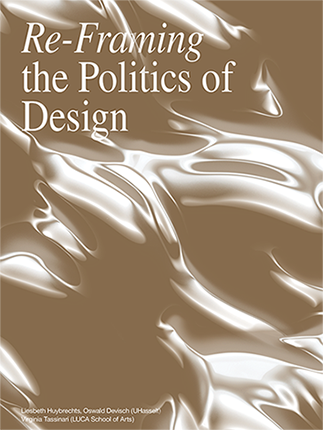 Re-Framing the Politics of Design

The design of a building, a neighbourhood, a park, a city or a landscape is never neutral, but inevitably politically coloured. Some people or population groups have a dominant voice in the design process, others do not or remain under the radar. In addition, other relevant actors - such as the landscape or nature - have rights but no voice.

On the basis of projects in Limburg, Re-Framing the Politics of Design is looking for a new language that is aware of the political role of design. A language that makes a debate possible between the very diverse actors who may or may not be involved. A host of international experts reflect on how designers can care for others and for a sustainable and inclusive future of our planet.